Charcoal Filters, Extensions, Short Kits, and Crown Molding are non-returnable. Contact a representative if you need assistance with finding the right chimney or crown molding for your kitchen.

I had purchased the fan itself online elsewhere and discovered that the chimney was too short to meet my tile line, so I contacted about 4 places that stock Z-Line to buy the chimney extension and ONLY Home Outlet Direct was responsive. I had a very courteous conversation with their representative and they sent out the chimney extension. After it arrived, the electricians opened the body of the fan and discovered that the moulding piece was missing, I had no hesitation in telling them to pack it up for return to the local dealer, I was going to order the fan itself from Home Outlet Direct. In spite of the hurricane here, the fan arrived. So, Home Outlet Direct made a nice sale (of the extension) and because of their response I bought something else that cost three times as much from them. They have great follow-up from their sales team and I was very happy.

Home Outlet Direct believes you will be thrilled with the products you purchase from us and stand by all of our products. However, sometimes you may need to return a product. Please review the following terms relating to refunds and returns:

PRODUCT NOT ELIGIBLE FOR RETURNS

All returns must have return authorization from Home Outlet Direct prior to shipment. Shipping charges, customs duties, brokerage fees, and local taxes, are not refundable. Special-order items or altered items cannot be returned.

Why buy from Home Outlet Direct?

We make appliance shopping easy and enjoyable through our knowledgeable sales reps.

Whether you are renovating your home or a builder looking for an appliance partner, we have the selection and expertise to help bring your project to life.

What Our Customers Are Saying

from 10914 reviews
Love it! Classy and elegant!Great buy!

Customer service was awesome! The 1st shipment was damaged but we got the replacement right away🤗

It took over 3 monhs for delivery during covid pandemic, but the product looks great in my kitchen. I am happy with it.

Works as great as it looks. Working with Home Outlet Direct was easy and it arrived quickly. Thanks will shop again here

I LOVE this refrigerator, but lets start with the "possible drawbacks" of this item..
1st) This is counter depth so despite being a HUGE unit, it doesn't have as much internal food storage space inside as you'd expect. The same goes for the freezer drawers. (read the unit specs before deciding if this is right for you). 2nd)There isn't much you can do to reconfigure the shelving to accommodate taller items. If you are like me, and don't like storing dairy items like milk on the doors, you might need to use the retractable shelf in order to fit your gallon & 1/2 gallon containers. Those are really the only possible drawbacks I can find. Now the Positives: You can use touch pad on the door-front to check & change the freezer & refrigerator temps independently(Lurv!). The French style fridge doors have a rotating gizmo along one inside edge to ensure that the doors maintain a perfect seal every time they are closed.(Lurv!) Two separate freezer drawers means you can find things "at-a-glance" with less time with the door open.(no more freezer splunking, Yay!) Each produce drawer has it's own independent humidity control, and the "full width chiller drawer" is my favorite feature of this unit. I'm able to organize all our lunch making meats n' cheeses (and a lot of other small packaged items as well). This drawer keeps my fridge from becoming a hovel of small misplaced bags & packages.(super LURV that!)
This is a great looking and excellent performing refrigerator for this price point.

Could not be happier with Home Outlet Direct's service! The salesperson that helped me was super knowledgeable and helped me make my purchase. My ZLINE appliances arrived fast and I'm ecstatic to have them!

Not only is it beautiful, but the delivery was way ahead of schedule! We could not be happier with the range or the company who got it to us!

We had to replace the gas hook up piece that was defective but now its working and the oven is great. Also was great working with Home Outlet direct. They shipped the oven out quickly, the customer service was top notch. I would definitely recommend buying from this company.

I was completely impressed with the quality of the unit. It is better than expected. Excellent product, would recommend it highly.

Home outlet did a great job!

We love ZLine products and this sink is no exception. It is beautiful!

The ZLine range is outstanding! Everything about the range exceeds expectations! I am so glad we decided on the ZLine range and that we order from Home Outlet Direct.

the materials use in this grill are good quality

Love this range. It looks like a high end commercial range with beautiful blue enamel inside both ovens. It’s a cooks dream.

And so far loving it! Dang this thing is gorgeous! Having to learn to cook on gas but enjoying every moment of it !

What is the Difference Between Thor Kitchen’s LRG and HRG Ranges?

About ZLINE Kitchen and Bath: A Deep Dive into The Fastest Growing Appliances Companies in America

Skip the middle man to save money

Let customers speak for us

We looked for 2 years before choosing the 36" gas/gas range.
We live in Hurricane country and a gas stove/oven will make you VERY popular in an all electric neighborhood.
Shsssss, Don't tell anyone.

Now to finally buy that car we've been looking at for 4 years.

Customer service was awesome! The 1st shipment was damaged but we got the replacement right away🤗 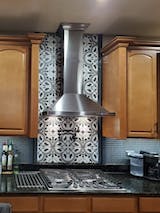 It took over 3 monhs for delivery during covid pandemic, but the product looks great in my kitchen. I am happy with it. 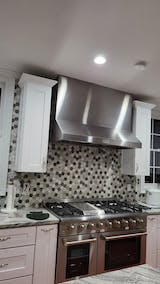 Great value, very high end look and the fridge is very user friendly with cubbies and shelves positioned well. Only issue is the THOR emblem is crooked .

Love this unit it’s the best!